Our 150-page hardcover exhibition catalog is now available for pre-order in our shop.  This volume features the 144 works most highly-rated by our jurors, each occupying a page and including any commentary provided by the artist.  It’s a wonderful treatment of what may be our best exhibition ever, and will only be printed in limited quantity.  Catalogs from previous festivals are also available in the shop. 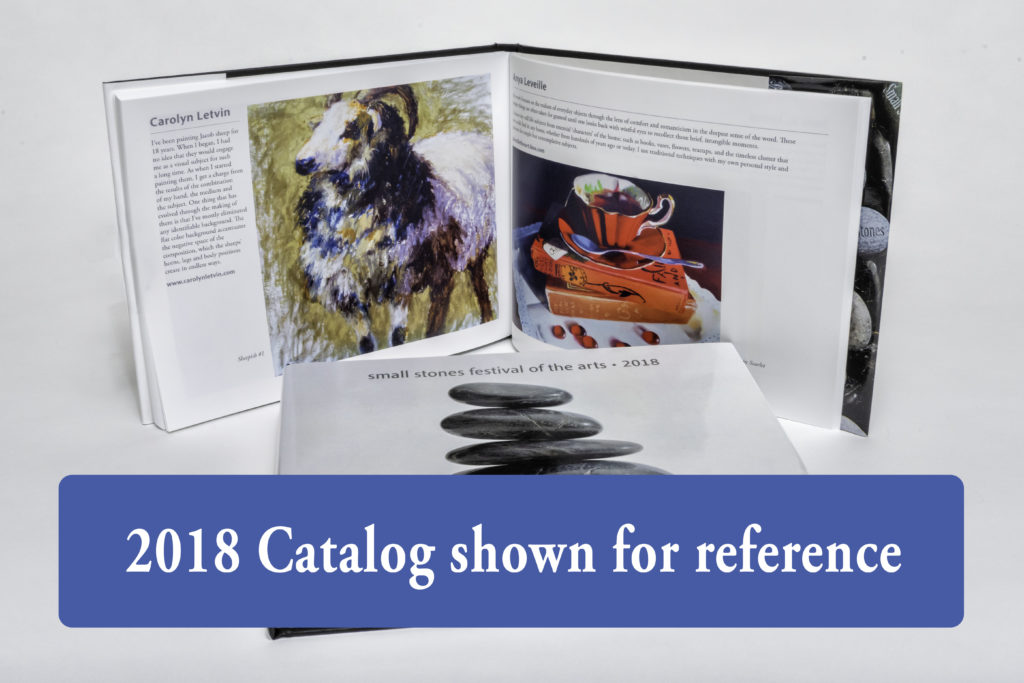 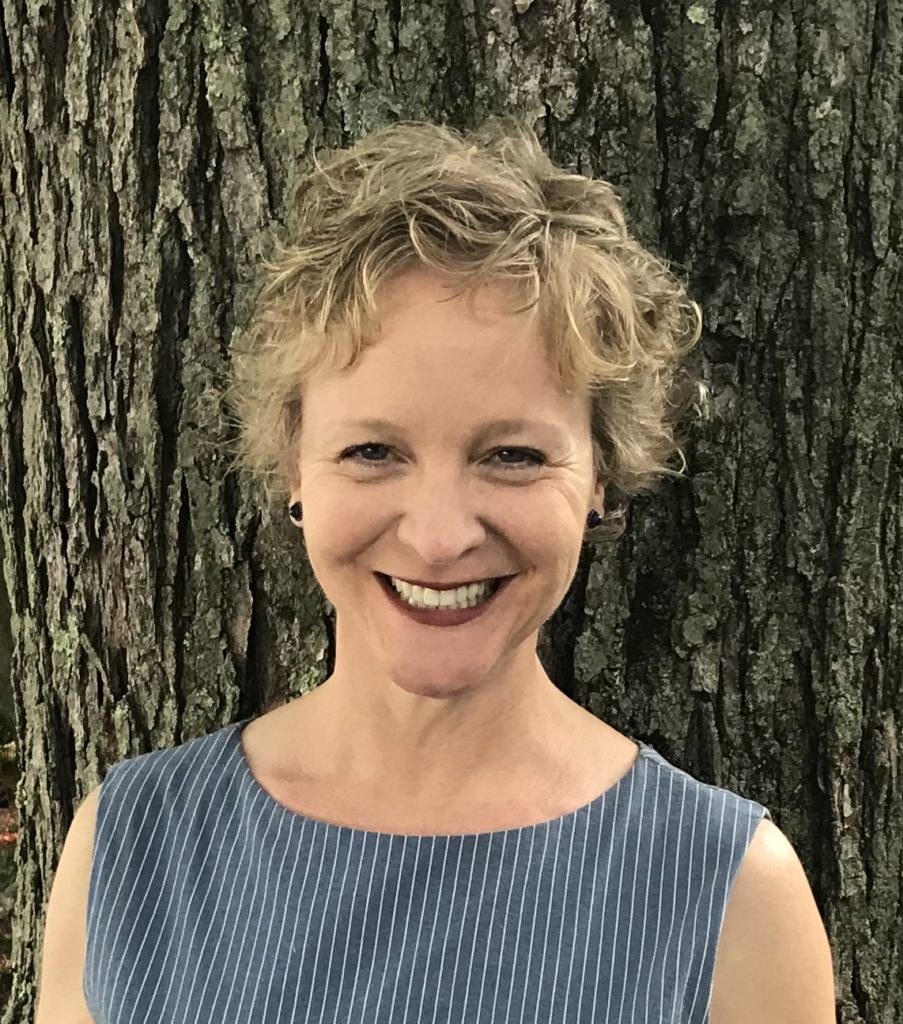 Join us as we announced the prizewinners in our 2020 Exhibition, in the Painting and Photography categories.  We also had a Keynote Address featuring Juliet Feibel, Executive Director of Arts Worcester, who spoke on the impact of the pandemic on area artists and the arts.  Prizes awarded included First, Second, and Third Place awards in each category, as well as Jurors’ Choice and People’s Choice awards, each of which carried a cash prize and a ribbon. You can see a recording of the event by clicking below. 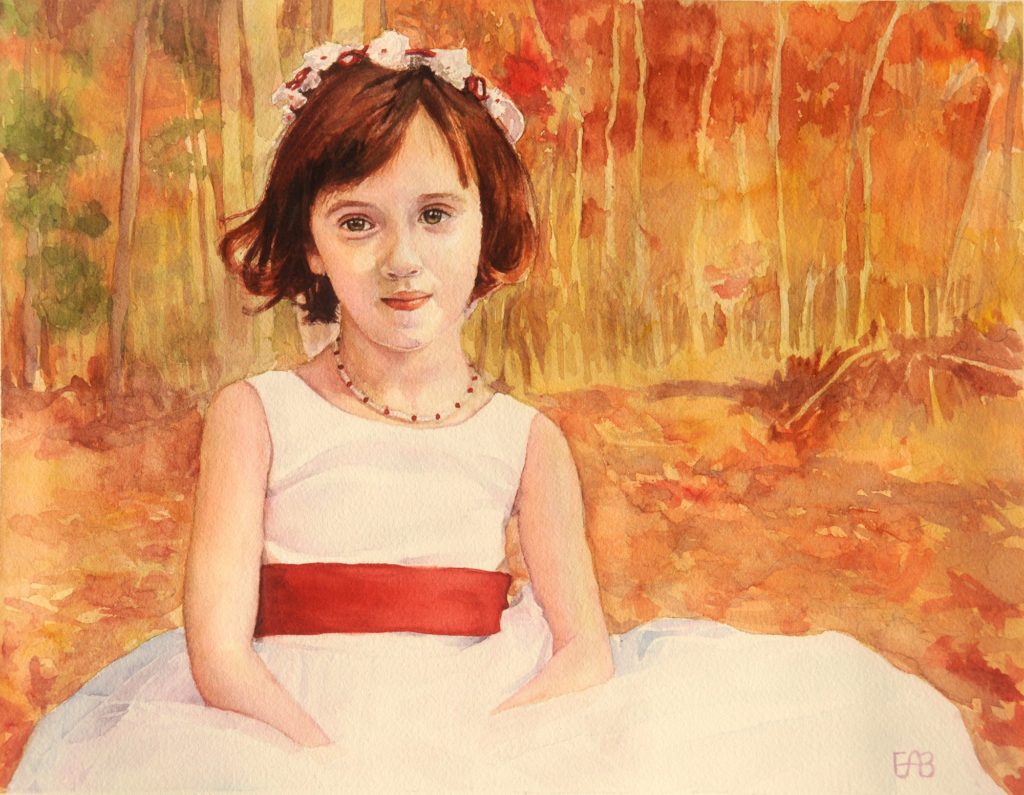 This year’s exhibition is bigger than ever, with hundreds of oil paintings, watercolors, drawings and photographs by the region’s finest artists. All will be on exhibit, but our jurors have selected from among these some exceptional works that will be published in our annual catalog. Some works will also be offered for private sale by the artists. Just follow the link below to see the exhibit. 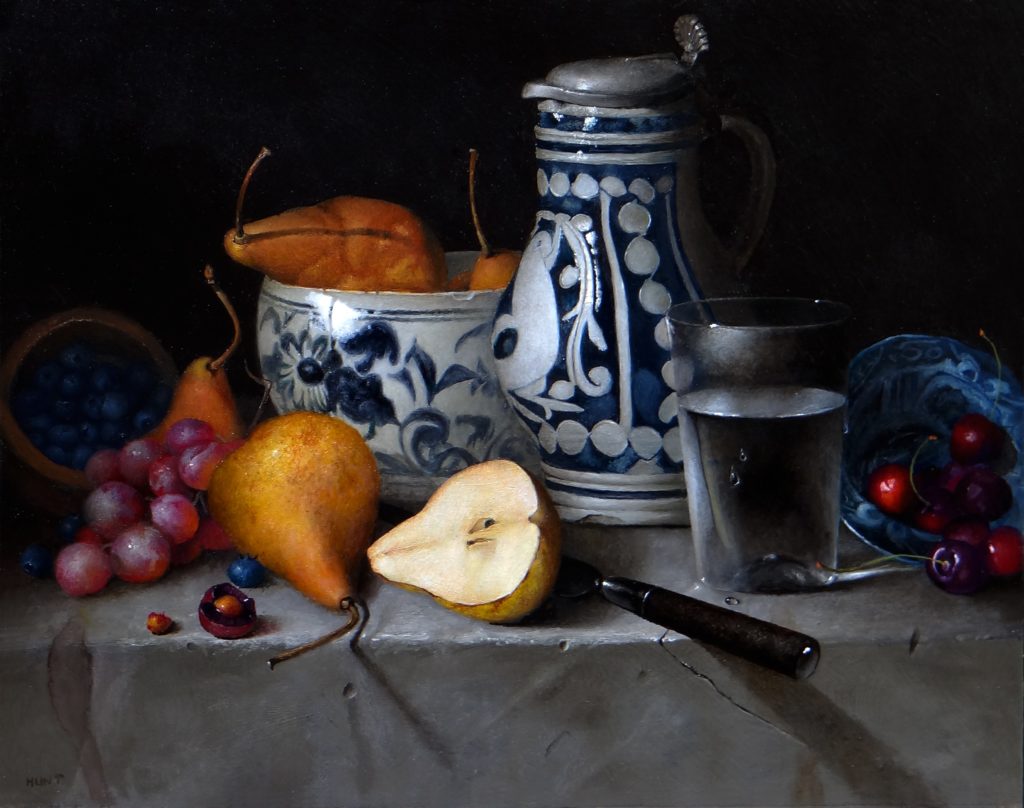 Join us on a Zoom Webinar for a series of discussions with artists appearing in the exhibition. This talk features the following artists:

Just click on the button below to see the video of this talk. 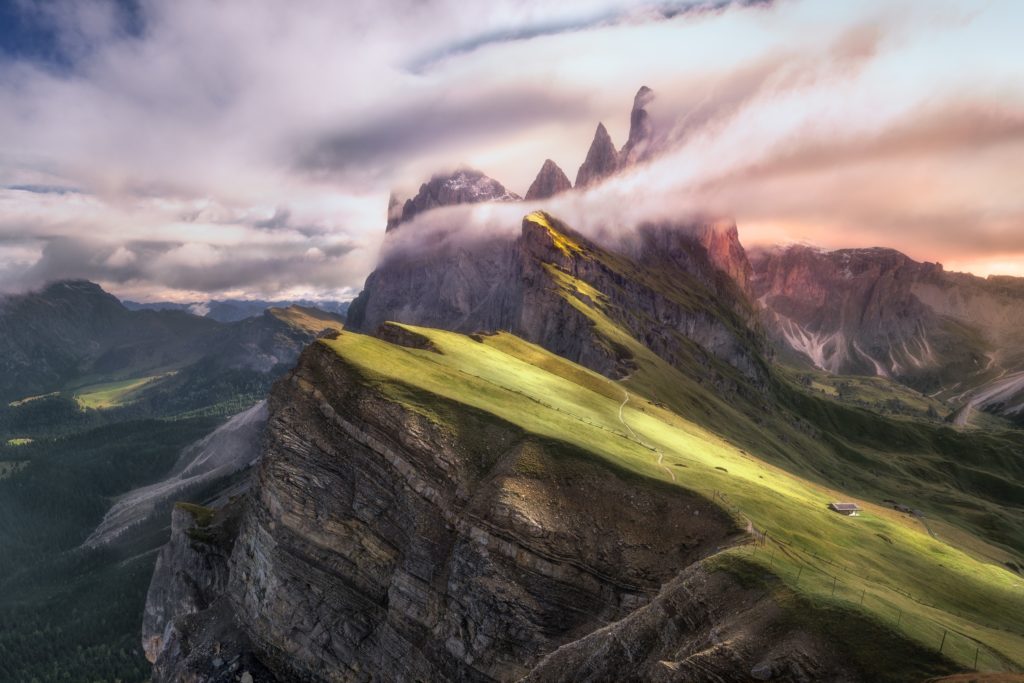 This Zoom Webinar is devoted to talks by some of the leading photographic artists in our exhibition. This talk features the following artists:

Just click on the button below to see the video of this talk.

Basics of Marketing for Artists 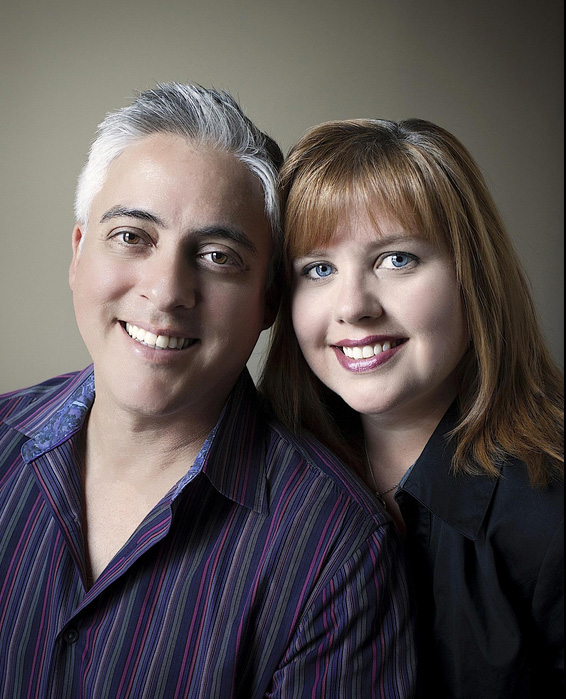 This free workshop for artists and photographers is presented by Donna Dufault and Scott Erb of Erb/Dufault Photography. Are you ready to share your body of work with the world and start cultivating a following? Is it time to get your artwork into a gallery and sell online? This hour-and-half presentation will cover the basics of marketing your art/photography and provide an outline for a plan for you to think about marketing your work and yourself in a professional way. We will cover presentation tools, websites, portfolios, and how to put together and promote your own exhibitions.

Dufault and Erb focus on advertising, editorial, commercial portraiture and product photography with a specialization in food, restaurant and hospitality clients. 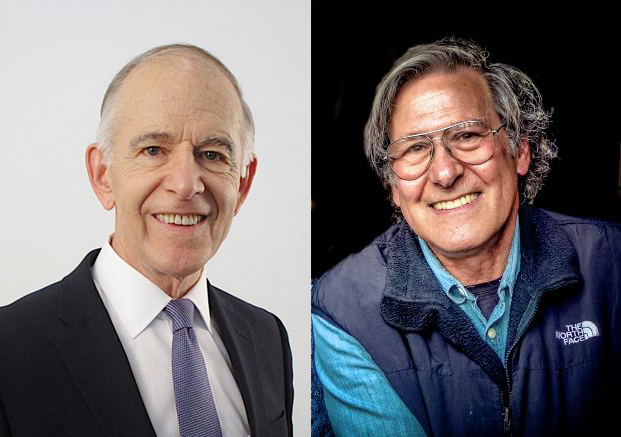 Join Small Stones Festival Jurors Jim Welu and Ron Rosenstock to hear their views on some of their favorite works from this year’s exhibition.
Just click on the button below to see the video of this talk. 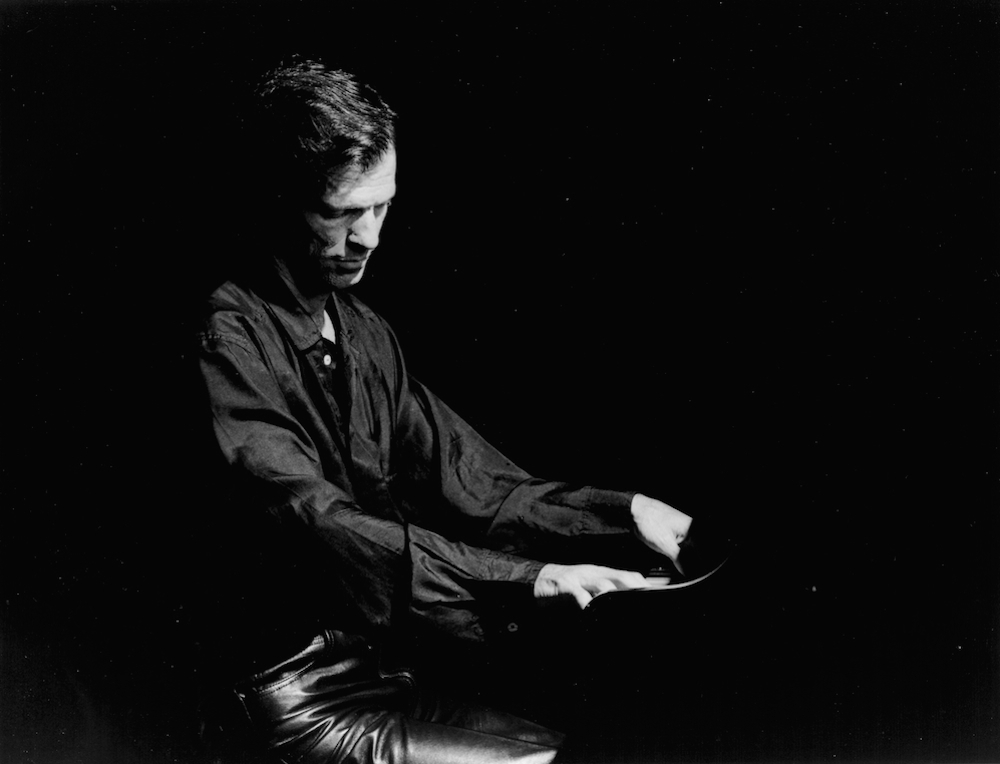 Join us for Stephen Drury’s performance of the world premiere of Anthony R. Green’s Apology, followed by Frederic Rzewski’s monumental work, The People United Will Never Be Defeated. Mr. Drury is on the piano faculty at New England Conservatory, and has appeared at Carnegie Hall, the Kennedy Center, the Barbican Centre and Queen Elizabeth Hall in London, the Cité de la Musique in Paris, and the Leipzig Gewandhaus, and from Arkansas to Seoul. He is also the founder and director of the Callithumpian Consort, a Boston-based professional contemporary music ensemble.

You can find more information about this concert in our Press Release.

We gratefully acknowledge the support of our sponsors

The Small Stones Festival of the Arts, held each November, is a collaboration of Apple Tree Arts, the Worcester County Camera Club, and the Blackstone Valley Arts Association. The festival includes a juried exhibition of photography and painting, a musical program curated by Apple Tree Arts and, in future years, will expand to additional genres.

Admission to the exhibit is free to the general public, although some performances may have admission fees. Some artists will also make their work available for sale at the exhibition.

For information about this year’s festival, including how to participate with your artwork, see our Current Festival page.  You can also read about our previous festivals:
• the 2019 festival
• the inaugural 2018 festival