Artists — Click here to learn about submitting your work!

The 2022 Small Stones Festival
Live again, and Bigger than Ever!

Our Art and Photography Exhibition  opens on Friday evening, October 14.  We are grateful for the support of our six jurors. Our fine art painting jurors are Jo Ellen Reinhart, Susan Termyn and William Pope.  Our photography jurors are Lauren Szumita, David DeMelim and Al Weems. They bring considerable experience and expertise to the Festival and you can read more about their backgrounds below.  Of special interest go artists, Michael Rose from the Providence Art Club will join us to discuss “How to Market Your Art.”

See our full schedule and program information below.  Please join us and explore the many facets of creativity on display. 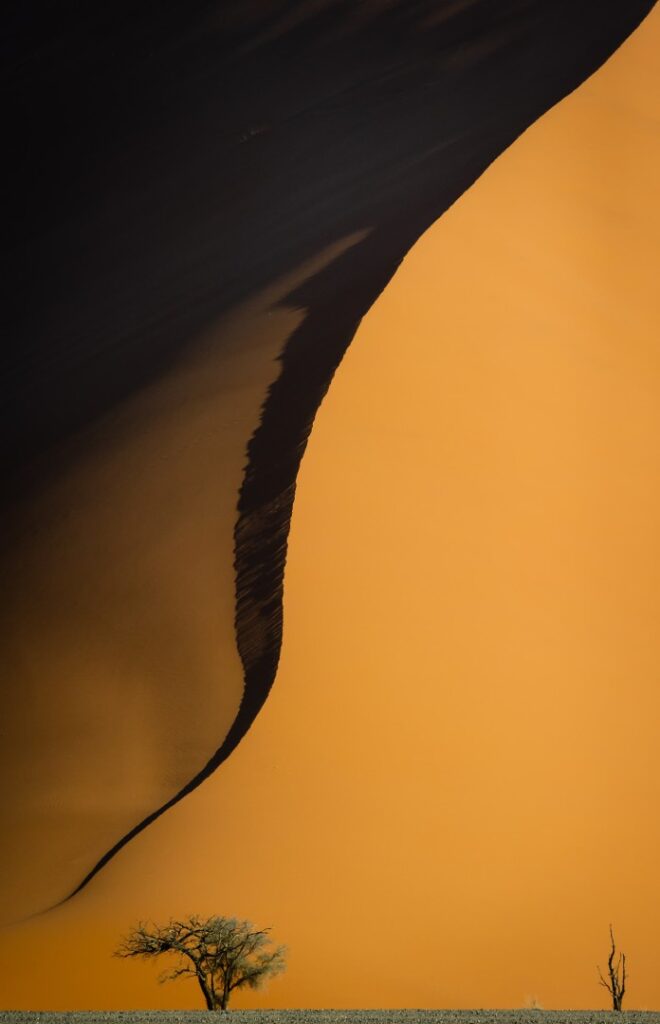 (copyrighted by the artist, all rights reserved) 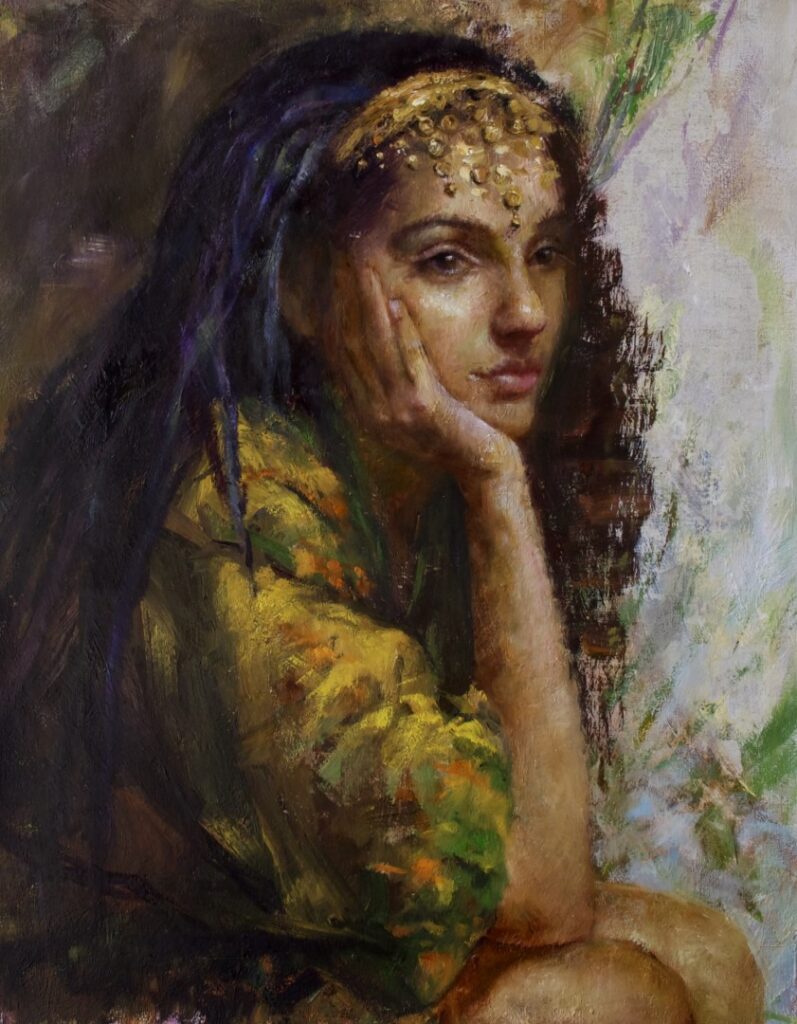 (copyrighted by the artist, all rights reserved)

The highlight of our festival is a juried exhibition of fine art painting and photography, bringing together many of the most talented artists in our region.  We had nearly 500 entries from 53 towns and cities throughout Massachusetts, as well as number of entries from out of state.  We continue to display all entries in our web gallery, which is now open.  Those entries who have been chosen by our jurors, approximately 140, will be exhibited in person.  Thank you to all of those who submitted work to the Festival.

Admission is free and open.

Located at Apple Tree Arts, in the Great Hall, One Grafton Common.

The Festival includes a very of exciting special events from our Art, Literary and Music Tracks!

“Shakespeare Now and Then” will be presented Saturday, Oct. 15, 3 p.m. at the Grafton Public Library by

Helen Whall, English professor emerita of the College of Holy Cross.  Dr. Whall questions why Shakespeare remains today? Why was he so successful in the 16th century? She will discuss how theatrical innovations helped liberate the English language and how events that occurred during his time run parallel with similar occurrences in the 20th and 21st centuries.   Whall asks us to wonder why today’s public continues to produce and read Shakespeare while the once equally well-read epics of Homer, Virgil, and Milton are now neglected? Part of the reason, she speculates, is because they are NOT theater. His influence on that living art continues. She argues, however, his popularity also continues because of his literary genius.

During the opening weekend of the festival, the Claflin Hill Symphony Chamber players

will present “Envisioning Abstract Form and Structure” a lecture and demonstration concert Saturday, Oct. 15, 7 p.m. at the Congregational Church of Grafton, 30 Grafton Common.   The evening will begin with the principal string musicians of the CHSO deconstructing “Eine kleine Nachtmusik,” a Mozart string quartet by outlining and demonstrating the classical form and structure – movement by movement. They will demonstrate the primary and secondary themes as they appear and explain the various forms of each of the four movements.  Then the quartet will perform the work in its entirety.   Paul Surapine, founder and executive director of the Claflin Hill Symphony Orchestra will join the players in a performance of Mozart’s “Quintet for Clarinet and String.” “It is considered one of Mozart’s most mature chamber music masterpieces  – a standard classical quartet form Plus One,”  Surapaine explained.   The performance at the festival will be a preview of the opening concert of the Claflin Hill Apple Tree Arts Chamber Series slated for Nov. 19.

Our program “How to Market Your Art” presented by Michael Rose, Gallery Manager of the historic Providence Art Club,

is an ideal way for artists to learn the basics of how to bring their art to market. Rose has a wealth of in-depth professional knowledge and resources on how to be successful when marketing to galleries and auction houses. This thorough lecture will provide inspiration and direction for artists who are selling through their own studios as well. He has a long history of presenting art, art business and art history lectures to many art institutions such as The Museum of Fine Arts, Boston, Rhode Island School Design, Northwestern University, the Arts Club of Washington, D.C. and the Providence Arts Club. Rose has installed many exhibits across three galleries at The Providence Art Club executing an unique curatorial vision.  In addition, he has developed his own series of curatorial juried virtual exhibits, hosted on his website and social media. His current project “Urban Life: Cities in Art” will be exhibited through August. Rose has extensive experience advising collectors and artists, providing appraisal services, teaching and completing curatorial projects through his current freelance work. Join us October 19, 6:00 p.m. for this program at the Great Hall, Apple Tree Arts, One Grafton Common, in Grafton. 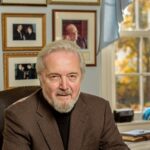 producer of the Oscar nominated film “The Godfather Part III,” will present “A Writer’s Odyssey,” a personal recollection of his storied career on October 21 at 7 p.m. at the Grafton Public Library.  His early literary work, “Eleni,” his searing account of his mother ‘s life and death during the Greek Civil War, has been translated into 32 languages, made into a film and was hailed by critics as “one of the rare books in which the power of art re-creates the full historical truth.“  Gage’s investigative reporting on organized crime for The New York Times led him to write several books on the Mafia and to be asked by Paramount Pictures to develop and produce “The Godfather Part III,” which was nominated for an Oscar as best picture in 1991.

Join us as we step back into Victorian times at the performance of Victorian Gossip Girl™: Annie Adams Fields,

produced by History At Play™, LLC.  Mrs. Fields invites us to a humorous, intimate tea party at her “waterside museum” in Beacon Hill. Wielding an incredible influence on literary decisions at Ticknor and Fields Publishing House, (forerunner to Houghton Mifflin Harcourt), she counted amongst her closest friends Nathaniel Hawthorne, Oliver Wendell Holmes and Charles Dickens.  During the tea party, Mrs. Fields shares tales about her beloved friends. The evening is filled with tales of Victorian revelry, laughter and even some blushing cheeks. Please accept our invitation to the tea party Saturday, October 22, 7 p.m. at the Grafton Public Library. Victorian Gossip Girl,™  produced and performed by Judith Kalaora, an award-winning playwright, producer and living historian. Founder and Artistic Director Kalaora created History At Play™, LLC to educate and entertain audiences with an emphasis on influential and often forgotten figures.

Al is a  commercial and fine art photographer with a focus on environmental portraiture. He is the consummate storyteller, inviting the viewer to share a room in his imagination with every finished piece. From his camera, he creates the initial images and within his imagination, he pieces together the intentions he sees.  Every element within the frame is intentional.  Al’s work has been widely published and displayed in numerous exhibitions including shows at the Providence Art Club, the Newport Art Museum, and the Art League, Rhode Island.

Lauren Szumita is the Curator at the Fitchburg Art Museum where she oversees a rotating exhibition schedule featuring contemporary artists from New England as well as the permanent collection. Previously, she was the Curatorial Assistant of Prints, Drawings, and Photographs at the Worcester Art Museum. She received her MA in the History of Art and Architecture from the University of Oregon and BA in Art History from Boston College.

David DeMelim is a Rhode Island based photographer exploring the intersection of art and technology. After studying photography with Bart Parker, a career in print production and prepress afforded early access to computer imaging systems. David is an active member of numerous local arts organizations including the Art League of RI, Newport Photo Guild and 19 on Paper. Studio practice specializes in photographing artwork for reproduction and book production. An active exhibition schedule includes the Newport Art Museum, Mystic Museum of Art and Fitchburg Art Museum featuring work pushing the boundaries of photography. His current work explores how we process visual information and record memories.

Jo Ellen received her classical fine art training at the former New School of Classical Art in Rhode Island, studied scientific and technical illustration at Rhode Island School of Design, and earned a bachelor’s degree in art from Westfield State University. Her artwork captures the unique beauty in a portrait, still life and landscape painting. Jo Ellen is a signature member of the Copley Society of Art (including portrait registry), Rockport Art Association & Museum, North Shore Art Association, Pennsylvania Watercolor Society, and Academic Artists Association. In 2020, she received the Best in Fine Art Painting award from Small Stones Festival of Arts and the Jack Richeson Award from the Academic Artists Association. Additionally, she has received many accolades. In 2014, Jo Ellen co-founded the New England School of Fine Art, Worcester, MA. For over a decade, she has taught art at Worcester Polytechnic Institute.

A representational painter, Susan Termyn is well-known for her impressions of New England’s landscapes, seascapes and people. She creates her artwork through direct observation of subjects and en plein air using oil, watercolor, charcoal and mixed media. Susan’s artwork chronicles the ever-shifting nuances of color, light and seasonal change that describe a moment in time. An elected artist of the Lyme Art Association, the Rockport Art Association & Museum and North Shore Art Association, she has received many awards including the Andrew Barrett Shaw Memorial Award and Excellence in Watercolor from Rockport Art Association & Museum.

William Pope, a devoted advocate for visual arts, music and art education has worked for many years as executive director, curator and galley manager at the Zullo Gallery. Bill, one of the original organizers of the gallery, oversees the curating and installation of five to six exhibits a year featuring a wide range of art from contemporary to abstract. A mix of music programs such as jazz, acoustic rock, classical and folk music are held throughout the year. Beginning, intermediate and advanced art classes are offered for all ages. A juried exhibit is held yearly. Since 1988, 150 plus art exhibitions have been presented. Organized by the Medfield Cultural Council (formerly Medfield Council of Arts), the gallery became a 501 (c) 3 organization in 2000.

We gratefully acknowledge these 2022 sponsoring organizations

Off the Common Antiques 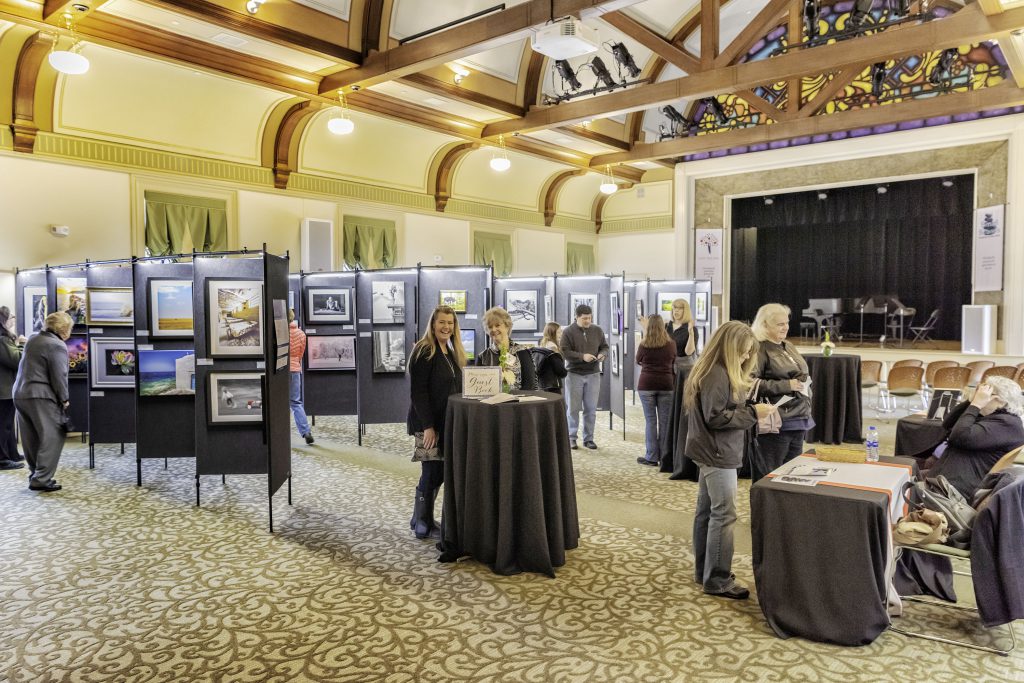 2018 Art Exhibition in the Great Hall 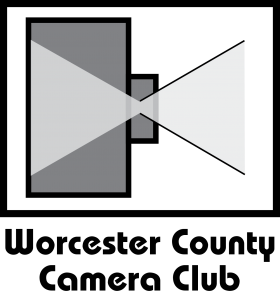 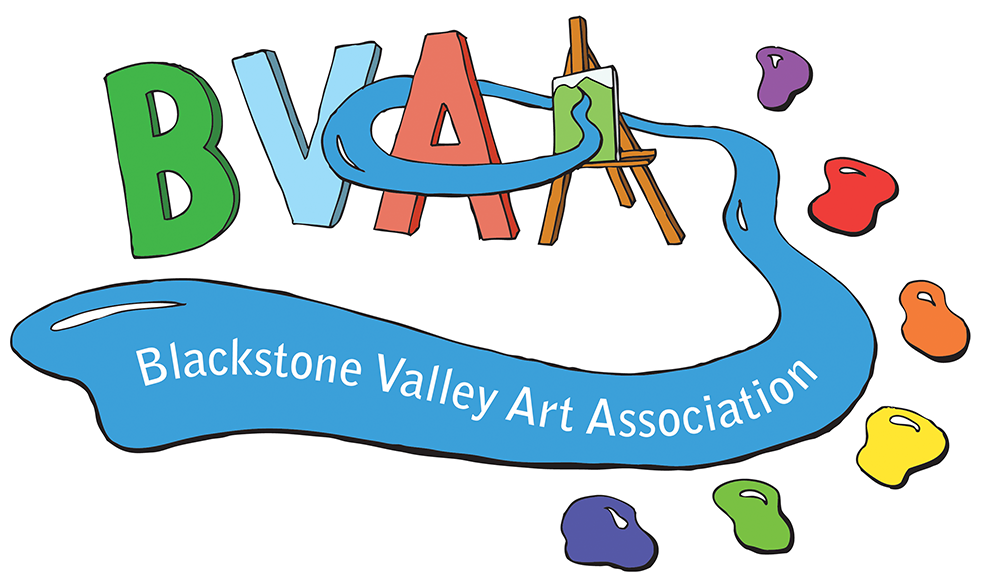 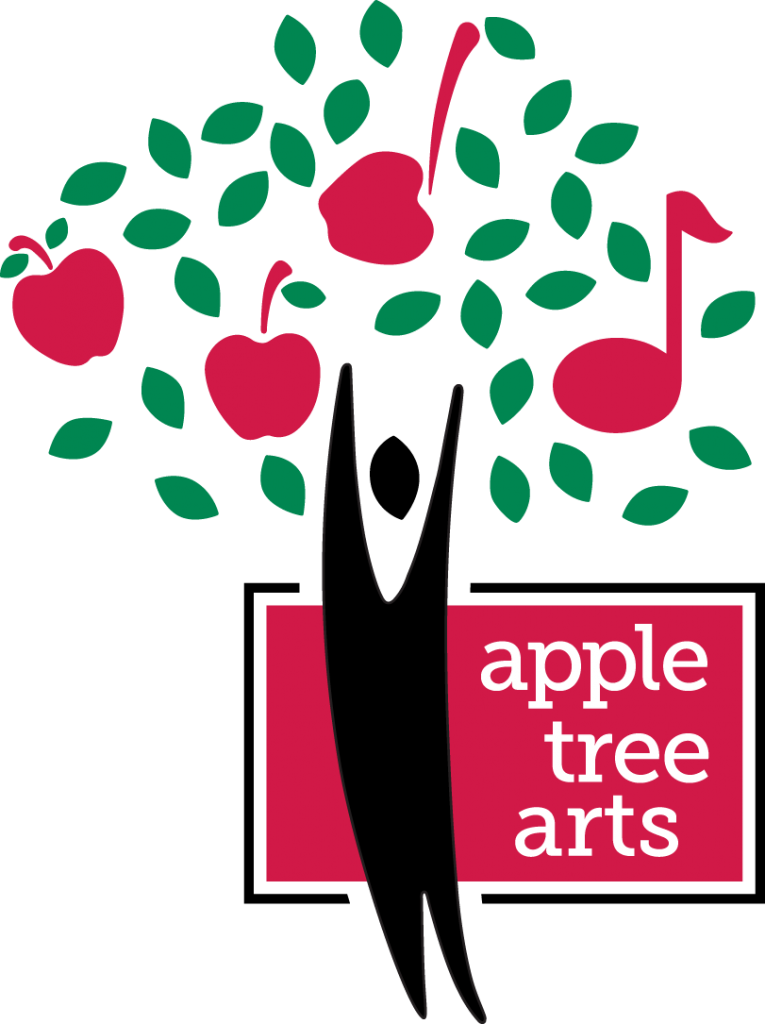 The Small Stones Festival of the Arts, held each autumn, is a collaboration of Apple Tree Arts, the Worcester County Camera Club, the Blackstone Valley Arts Association, the Shakespeare Club of Grafton and Claflin Hill Symphony Orchestra. The festival includes a juried exhibition of photography and painting, a musical program, and literary events.

Admission to the exhibit is free to the general public, although some performances may have admission fees. Some artists will also make their work available for sale at the exhibition.

For information about this year’s festival, including how to participate with your artwork, see our Current Festival page. You can also read about our previous festivals:

…to receive updates for this year and future year festivals via email.